In October 2004 a conference on the judiciary of peace in Europe achieved the aim of comparing the experiences of the Italian, French and Spanish systems of justices of the peace by identifying their common features, the legal differences and, through these elements, enunciating some essential principles of the justice of peace in Europe.

Independent of the Mediterranean Initiative the Federal Association of Lay and Honorary Judges in Germany pursued the same objective but followed a different path. A „European Day of Lay Judges” was to be initiated in order to secure more attention and recognition for lay and honorary judges. For this purpose, the association contacted the European Parliament, the embassies of all European states in Germany and finally the European Academy Berlin.

2009 Helsinki: First meeting of the associations

While the German Association and the European Academy Berlin sought support at a political level, the Finnish Association invited the representatives of the associations of honorary and lay judges from England and Wales, Scotland, Germany, Austria, Malta, Sweden and Finland to Helsinki in October 2009. The joint request quickly became clear: expansion of the presence and influence of honorary judges’ associations in Europe in order to preserve this democratic legacy in Europe; participation of honorary judges’ associations in the political formulation in Europe; improving the reputation of honorary judges in general. Because of the former initiative the German Federal Association of Lay and Honorary Judges was asked by the conference to co-ordinate a European initiative for lay judges. 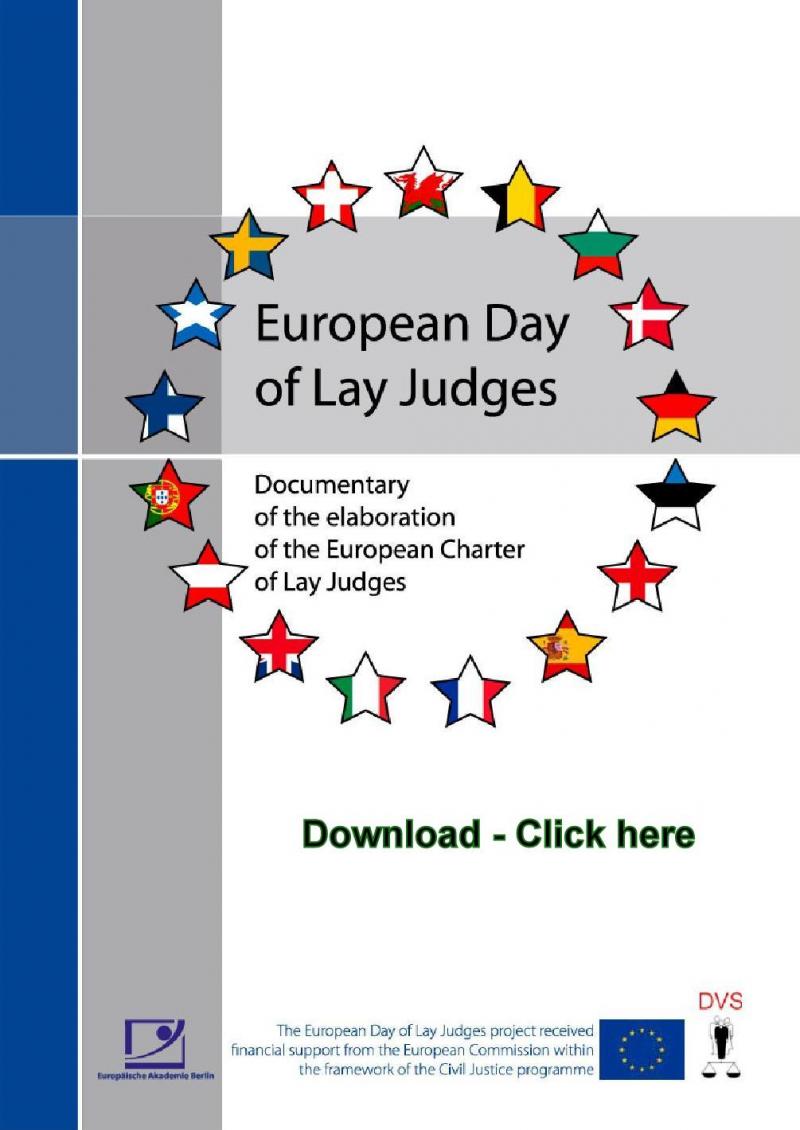